A busy first work week for 2020. A couple items of interest and then a little bit about some exemplary leadership occurring from the Winters Community.

A couple items of interest:

For this update, I thought it would be nice to share a perspective on community leadership and people who have and are impacting Winters and our influence. As I sifted through my mail this week, signed various documents and attended both regional and State-wide meetings, it is apparent that Winters is influencing in ways beyond our “weight class”. Without question, we have folks demonstrating leadership which comes from within many of the values and efforts which make our community strong, vibrant and moving forward. The only way to describe it is we are defining what people call leadership:

Finally, Leadership are those who have taken the chances to build, resurrect and advance the Winters community to where it is today. Downtown Winters is important and represents a celebrated renaissance. In reality, Downtown essentially died in the 1970’s and 80’s when the train left and area cities blossomed. It became mostly abandoned with boarded buildings and empty storefronts. Leadership are people like Charley Wallace, John and Melanie Pickerel, Joe and Karen Ogando, Elliot Landes, Mike and Janet Kimes and John and Liz Siracusa. These are the people who did not let it die and have led the resurrection. These are people who literally have given their all, mortgaged properties and kept Winters viable during the toughest of times so that we can enjoy the best of times. These folks are “all in” for this community both emotionally and financially. In my career and life, I have never met people like them and feel privileged to know them.

I have included a photo which is probably one of my most cherished Winters memories. It was taken in 2008 at 2:00 a.m. in front of the Buckhorn during the Downtown construction Phase I project. Restaurants all over the region were closing, the economy was crashing and we decided we would dig a hole and cut off the access to the front door of the Buckhorn. John Pickerel stood eerily in shock and my only consoling words I could think of were “I hope this works?” In many ways, I think we can argue that it has.

Leadership is about many things which include motivation, discipline, taking risks, pride, making people successful and sometimes dealing with disruption (like a big hole). To quote Huell Howser, “Winters is amazing” and I think it accrues to our culture of excellence, commitment, giving and to moving forward in our quest to simply be the best.

Have a nice weekend. 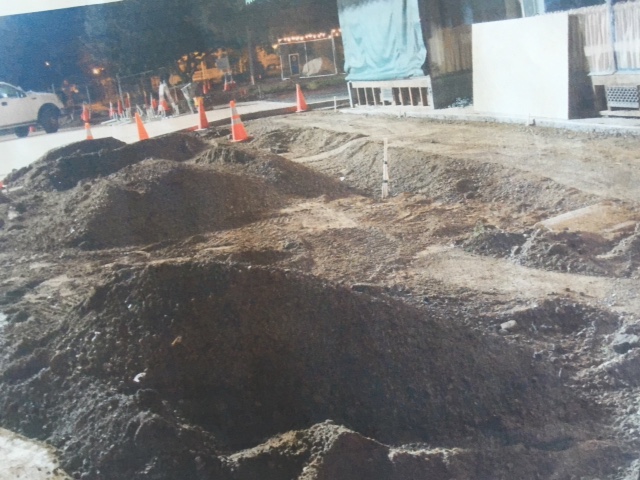